Two of the blogs I follow (Dividend Growth Investor and Dividend Mantra) recently announced that they bought shares of Target Corporation. I have a similar strategy to these other bloggers, so I thought I should check Target Corporation out too. Target Corporation has been having difficulty with its Canadian expansion plans and they recently announced higher than expected costs. They are also trying to recover from a data breach. Not surprisingly this has caused the share price to drop recently. In cases like these it can be an opportunity to buy quality companies at discounted prices. The trick is to identify if the share price drop is related to short term news, or because of a fundamental shift in the company or industry. I think in the long term Target Corporation will be able to rebound from these events, which is why I thought now would be a good time for a dividend stock analysis and to determine the price I’d be willing to buy at.

Target Corporation is a general merchandis

Target Corporation operates general merchandise stores in the United States. The company distributes its merchandise through a network of distribution centers, as well as third parties and direct shipping from vendors. Further, it provides general merchandise through its Website, Target.com; and branded proprietary Target Debit Card. As of January 17, 2014, the company had 1,921 stores, including 1,797 stores in the United States and 124 stores in Canada. Target Corporation was founded in 1902 and is headquartered in Minneapolis, Minnesota.

Returns over the last decade have been OK, but not great. The 10 year annual average return is 4.2%. If we include the dividend payments over the past 10 fiscal years (Total dividends paid of $5.32) then the total average annual return would be 5.1% with the average return from dividends representing 0.9%.

I get the following growth rates based on the most recent fiscal period end January 1, 2013.

On a per share basis the growth rates are above the 8% I like to see. Revenue and Net income are below 8%, but they are still decent. If you look at the chart below you can see that revenue has been going up on a fairly consistent basis, but net income is a bit more erratic.

Revenue and EPS share have been going up almost like clockwork. This is always nice to see. As of January 21, 2014, the average analyst EPS estimate is $3.60 for the January 31, 2014 year end. This is quite a bit lower than last year, so while this chart looks great, it won’t look as nice in a few months when the annual results are announced. Sometimes these blip years are good opportunity to buy quality companies at discounted prices. The trick is being able to identify if this is the start of a negative trend or a one-time blip on the radar.

Target Corporation is a dividend champion having increased their dividend for 46 consecutive years in a row. Their most recent increase was recorded in August 2013 when they increased the quarterly dividend by 19.4% from $0.3600 to $0.4300.

The stellar divided growth has come at the expense of a rising payout ratio. You can see from the table below that dividend growth has been about double that of EPS growth.

I did some more research and discovered that one of Target Corporation’s goals is to have EPS of $8.00 in 2017. This is fairly ambitious, and the analysts over at Morningstar agreed. They thought Target Corporation wouldn’t be able to get $8.00 EPS until 2018. This just so happens to be five years out. I ran the numbers again using $8.00 EPS instead and these were the results.

Related article: Can Past Dividend Growth Rates Be Relied Upon To Predict Future Rates?

Target Corporation’s ROE has fluctuated a bit, but for the most part it has been around 15-20%, which is good. This coupled with the fact that it has increased its dividend for 46 years in a row would suggest some sort of competitive advantage. While this might have been true in the past, I’m not sure that it will be true in the future. 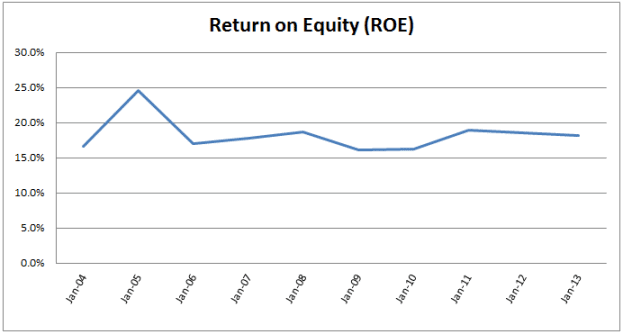 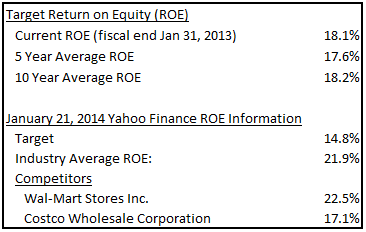 I still think Target Corporation is a good company and I’d consider investing in it, but if you want a wide moat company in the industry then I’d look at Wal-Mart.

The debt to equity ratio is over 1.0, but this is roughly in-line with historic trends, so I’m not too worried. The quick ratio has dropped significantly, which is a bit disconcerting.

The quick ratio is low, but ultimately I don’t think Target Corporation is going under. I plan to monitor it and hopefully it starts to improve.

The shares outstanding have been decreasing at regular intervals which is nice to see. Hopefully this trend continues, but to be honest I’m more interested in increasing the dividend versus share buybacks. That said good companies will do both. 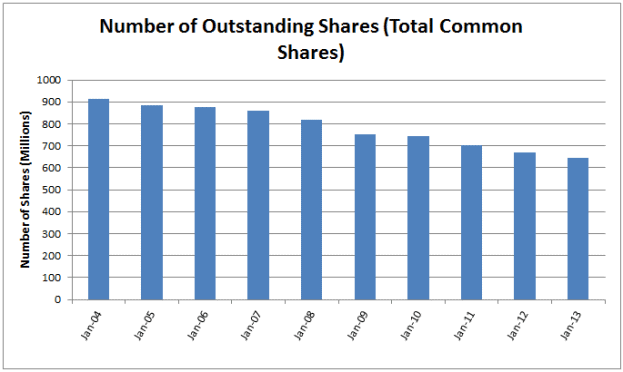 You can see from the table below that Target Corporation appeared reasonably cheap when looking at a variety of value metrics for the year end January 31, 2013.

* The discount or premium to Graham Price hasn’t been calculated in the normal fashion. For the details read this article.

I use the averages from the above table to determine my target price. Using these averages creates a lot of different target prices, so I back-test this strategy over the past 10 years. I identify which of the 8 valuation techniques would have given me a chance to buy the stock in two to three fiscal years in the past 10 fiscal years. It’s not always possible to test my strategy back 10 years, due to limited financial information, but I do my best. The results are highlighted below.

The average of the highlighted amount gives me a target price of $47. Morningstar has a fair value of $64 and their 5 star price is $44.80. My target buy price is close to their five star price which makes me think it doesn’t need much adjusting. A $47 price works out to a forward dividend yield of 3.66%, which is above any of the highest yields over the past decade. This makes me think that my target might be too low, so I increased it a bit to $50. If Target Corporation had a wide moat then I’d consider a higher target buy price, but because they don’t I like a larger margin of safety. If this was Walmart, I’d consider a higher target buy price.

Below is a chart of the trailing twelve month (TTM) yield for Target Corporation for the past 5 years.

You can see from the chart that the yield is currently quite high compared to previous years. This can signal a good buying opportunity, but I plan on waiting for the price to drop to $50 before I’d consider buying. At $50 the forward yield would be 3.44% and the TTM yield would be 3.16%. I had a look at the trend analysis for Target Corporation and it appears to be in a strong down-trend, so it might get to $50. 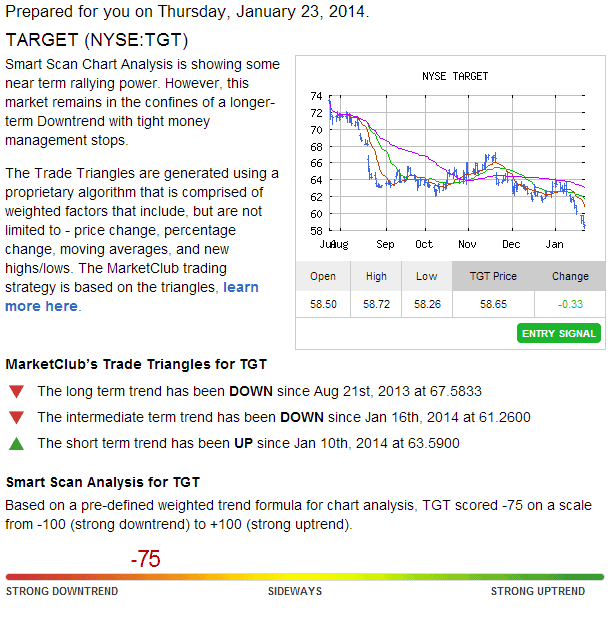 To see the most recent trend analysis for Target Corporation or to sign up for free trend analysis’s click here.  INO also has a list of the top 50 trending stocks and free trading seminars and videos.

Other Investment Options in the Same Industry

Some other investments to consider in the industry are Walmart and Costco.

The US market saw some impressive gains in 2013, so I’ve found it difficult to identify cheap prices among US equities. You can see from the table below that all three options are still above levels that I’d consider buying at.

In my dividend stock analysis of Walmart I came up with a target buy price of $64, so both Target Corporation and Walmart would have to drop about 20% before I’d consider investing. With the recent negative news affecting Target Corporation’s price and the down trend I think it is more likely I’ll be able to buy Target Corporation . I had a look at Walmart’s trend analysis and it is in a down trend too, but it doesn’t have a data breach and higher than expected costs looming over its head.

Readers, what are your thoughts? Are you tempted to buy now, or would you wait? 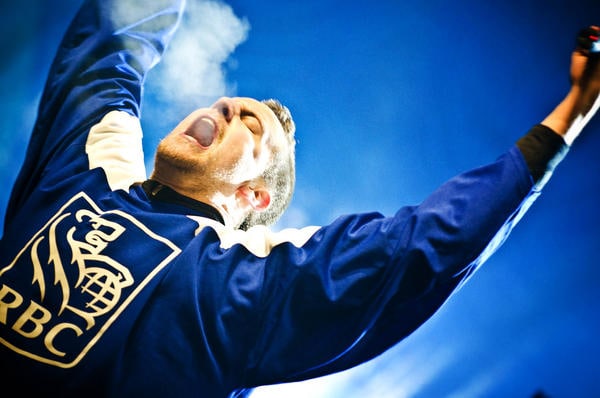 Insight Imaging: John A Ryan Photography / Foter / CC BY-NC-SA Welcome to part four of The Great Canadian Banking Series. In this 10 part series I examine the Canadian banking sector to identify good dividend growth candidates. In part two of the series I looked into Bank of Nova Scotia and in part three I looked… 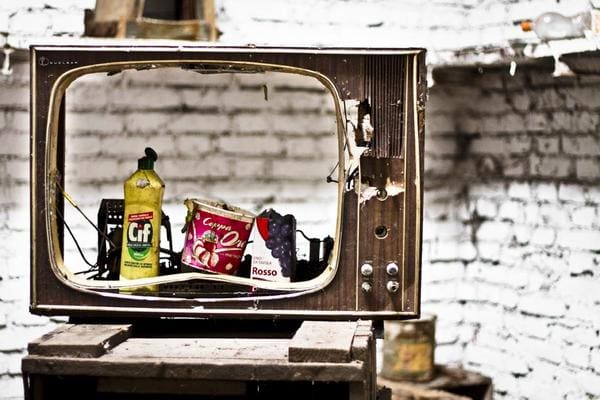 Funky64 (www.lucarossato.com) / Foter.com / CC BY-NC-ND Before I go into my dividend stock analysis of Shaw Communications I’d like to mention another important article that can be used in conjunction with my dividend stock analyses. To get an understanding of why I look at various measures and what I’m looking for in a company… 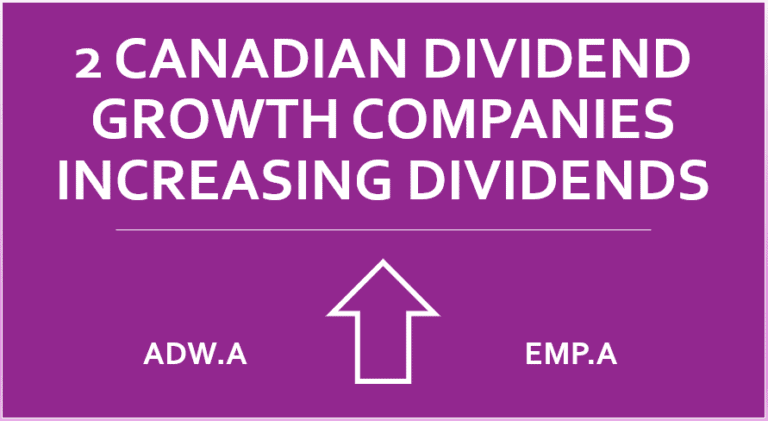 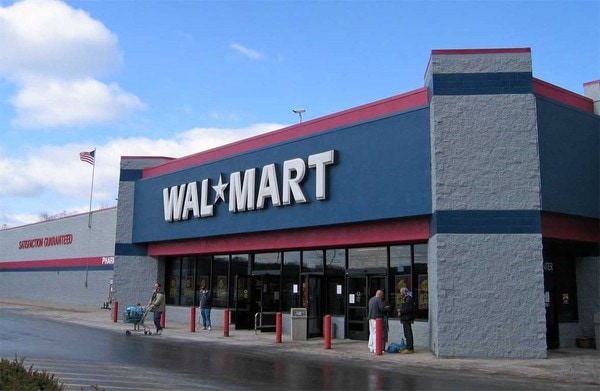 Image talk:Walmart exterior.jpg / Foter.com / CC BY-SA Before I start the dividend stock analysis I want to mention to new readers that there is another article that you may want to read first. The other article better explains what I’m looking for in a company from a dividend growth perspective and why I analyze… 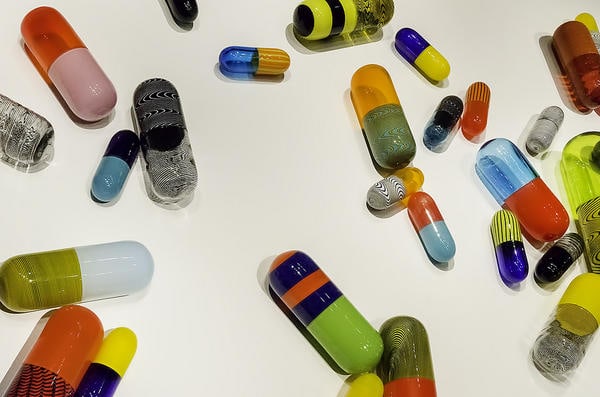 Jason W Lacey / Art Photos / CC BY-NC-ND I’d originally planned to review one of the companies on the Canadian Dividend All-Stars List (a list of Canadian companies that have increased their dividend for five or more consecutive years), but someone asked me about Johnson & Johnson (JNJ), so I decided to start with… 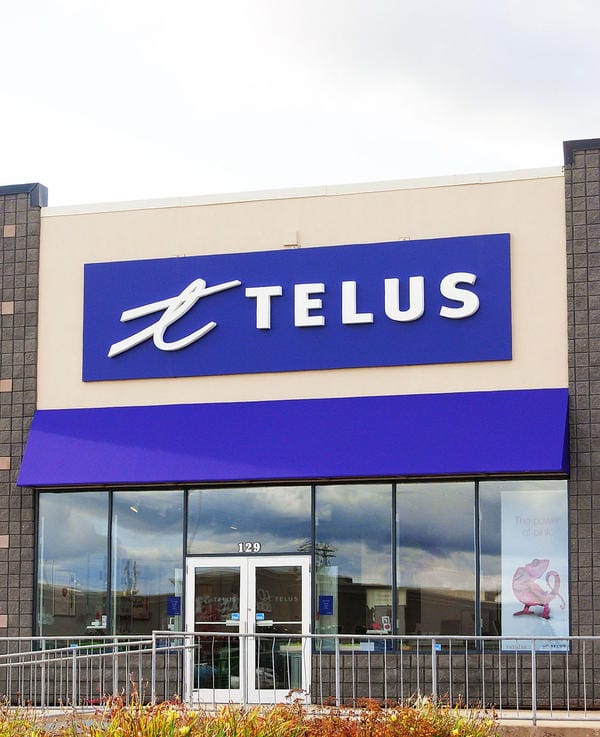 Stu pendousmat / Foter.com / CC BY-SA Before I start the dividend stock analysis I want to mention to new readers that there is another article that you may want to read first. The other article better explains what I’m looking for in a company from a dividend growth perspective and why I analyze specific…