With only 9 wide moat stocks in Canada, narrow moat stocks are a necessary concession for anyone looking to build a diversified portfolio.

Now a narrow moat might not be as good as a wide moat, but narrow moat companies are still expected to maintain their competitive advantages for 10-20 years.

Not as long as the 20+ years you get with a wide moat stock, but still very good and definitely worthy of your consideration.

To help you on your hunt for high-quality stocks, I used Morningstar to find all 100 Canadian narrow moat stocks.

Here’s the list of every analyst-rated narrow moat stock in Canada:

As of November 2020 (Sorted alphabetically)

And there you have it, every Morningstar analyst rated Narrow moat stock in Canada.

Some well-known banks, utilities, and telecoms jump out at me when I scroll through the list.

Here’s a table with a bit more detail on each company for you to pick through.

But I thought you said there were 100 narrow moat stocks? There are only 25 in the list above, what the heck?

Before I share these last 75 stocks, I have a few words of caution. Well, maybe more than a few …

When trying to determine if a company has a Narrow moat, a quantitative rating is less reliable than a rating made by an analyst.

For stocks that aren’t covered by Morningstar analysts they give a quantitative rating – basically a computer formula figures it out instead of a person.

Or as Morningstar puts it:

“Morningstar Quantitative ratings for equities are generated using an algorithm that compares companies that are not under analyst coverage to peer companies that do receive analyst-driven ratings. Companies with ratings are not formally covered by a Morningstar analyst, but are statistically matched to analyst-rated companies, allowing our models to calculate a quantitative moat, fair value, and uncertainty rating.”

Quantitative ratings are good for some things, but understanding a company’s competitive advantages and how sustainable they are, isn’t necessarily one of them.

No formula in finance tells you that the moat is 28 feet Narrow and 16 feet deep. That’s what drives the academics crazy. They can compute standard deviations and betas, but they can’t understand moats. Maybe I’m being too hard on the academics.

I think this comment still holds true and who am I to argue with one of the greatest investors of all-time.

If Warren Buffett thinks understanding a moat is difficult for academics used to creating a formula for everything, then I don’t think quantitative moat ratings are going to be as reliable as the analyst ones.

Bottom line: I put more weight in the Morningstar moat ratings that are made by analysts compared to the quantitative ratings.

OK, now that I’ve got my warning out of the way, here are the remaining 75 Canadian narrow moat stocks using Morningstar’s quantitative ratings.

As of November 2020 (Sorted Alphabetically)

Here’s a table with a bit more detail on each company for you to pick through too:

Keen observers will note that there aren’t any quantitatively rated narrow moat stocks from the TSX Venture Exchange. Instead, all 75 stocks are traded on the more mainstream Toronto Stock Exchange (TSX).

This is by design.

There were actually 67 stocks trading on the TSX Venture exchange that Morningstar had quantitatively rated with narrow moats.

I looked into these and ultimately, I didn’t think it was responsible to list them in this article as most of them were penny stocks.

In fact, 50 of the 67 stocks traded for less than $1 as of November 25, 2020. I consider these types of investments speculative. This made me even warier of Morningstar’s quantitative moat ratings.

If you were surprised that a company didn’t make it on to the Narrow moat list, it’s likely because Morningstar has it rated as no-moat instead of Narrow. Or, maybe it’s considered a wide moat.

So, what’s the difference between a wide, narrow, and no moat rating?

Now that you know the main difference between these ratings, let’s look at some of the surprises I noticed while doing research for this article.

Like telecoms, it’s regulation for the public good that typically prevents them from reaching a wide moat rating, but at the same time, these regulations also help maintain a narrow-moat.

Companies like Fortis, Canadian Utilities, Emera, and Algonquin Power & Utilities all have narrow moat ratings, so I was surprised by a no-moat rating for Hydro One Ltd (TSE:H).

Morningstar had this to say regarding Ontario’s largest electricity provider:

“We don’t assign Hydro One a moat. Typically, service territory monopolies and efficient scale advantages are the primary sources of economic moat for regulated utilities. State and federal regulators typically grant regulated utilities exclusive rights to charge customers rates that allow the utilities to earn a fair return on and return of the capital they invest to build, operate, and maintain their distribution networks.

However, Hydro One doesn’t share these advantages given the influence of Hydro One’s largest shareholder, the province of Ontario. In July 2018, the province removed the full board of directors, which led to the resignation of the company’s CEO and numerous members of its executive team. Constraints on executive pay are another indicator of government meddling in the company’s affairs, and could prevent the new board from attracting talent. We don’t have confidence that the province of Ontario won’t pass legislation at the expense of shareholders. The threat of material value destruction from these stakeholders is higher than that of the companies U.S. and Canadian regulated peers.”

What about Smaller Canadian Banks?

But what about the smaller banks?

I’ll admit I wasn’t too surprised that Laurentian Bank (TSE:LB) was rated a no moat bank as it cut its dividend in 2020. Businesses that do well don’t cut their dividend.

Canadian Western Bank (TSE:CWB) is also rated as “no moat”. I don’t really know why I was surprised by this considering how daunting it must be to compete with the “Big 6”.

Usually, when a company can increase its dividend each year for more than two decades it’s due to some sort of competitive advantage. Turns out Canadian Western is a no moat stock despite its long dividend growth streak.

Despite them having about 80% of the market, all three have no-moat ratings.

In fact, Morningstar had this to say regarding the tricky life insurance industry:

“In general, life insurers do not benefit from favorable competitive positions. Industry competition is fierce, and the products are essentially commodities. Furthermore, insurers do not know their cost of goods sold for a number of years, allowing them to underprice policies without knowing it. Managers may have an incentive to chase growth without regard for profitability, a cycle in which competitors are forced to match low prices or risk losing business. We believe it’s especially difficult to develop a moat in life insurance, as underwriting risks are easily understood and contract structures are largely homogeneous. As an example of how life insurance is commoditized, there are plenty of websites that allow prospective buyers to compare rates for life insurance policies with similar terms. We acknowledge that certain adjacent business such as asset management or retirement services (defined-contribution recordkeeping, for example) can have narrow moats, but on a consolidated basis, these businesses are rarely large enough for us to have confidence that they will result in overall returns on equity exceeding cost of equity.”

Not All Pipelines Are Created Equal

Canadian Grocery Market is Too Competitive For A Moat

At the beginning of the article, I mentioned that there were 9 Canadian wide moat stocks.

I know you are probably curious about them, so I’ve listed all 9 stocks here:

Remember, these are the less reliable ratings.

For a more in-depth look at the 9 wide moat Canadian companies check out these articles:

Besides the other articles in my wide moat series, here are two additional resources you might find helpful.

A long dividend streak doesn’t necessarily mean the company has a wide or narrow moat, but it can be an indication of a high-quality company.

The Canadian Dividend All-Star List (CDASL) is a free excel spreadsheet that I email to my subscribers every month. It contains stock information on Canadian companies that have increased their dividend for 5+ years in a row.

Subscribe to the Dividend Growth Investing & Retirement newsletter and you'll be emailed the download link for the most recent version of the Canadian Dividend All-Star List (CDASL).

I used Morningstar’s moat ratings for this article, so check your online broker to see if they provide Morningstar access. Most Canadian brokers provide it free.

I used Morningstar to find all of Canada’s narrow moat stocks.

The quantitative ratings are less reliable than the analyst ratings.

Here’s the full table of all 100 Canadian narrow moat stocks:

A number of sectors and industries are covered, but I was quick to spot some well-known banks, utilities, and telecoms.

Some companies that I thought would be considered Narrow moat, like the Big 3 Canadian life insurance companies (Sunlife, Manulife & Great-West Life) and major Canadian grocery store chains, turned out to have no moats.

Were you surprised by any companies that didn’t make the narrow moat list?

Don’t forget to check out my other wide moat articles: 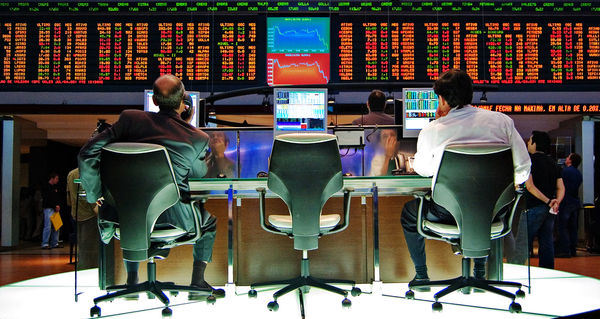 rednuht / Foter.com / CC BY When scanning the Canadian market for dividend growth stocks there are two common places that investors start: The S&P/TSX Canadian Dividend Aristocrats To be included in the list the company must be common stock or income trust listed on the TSX and in the S&P Canada Broad Market Index (BMI)…. 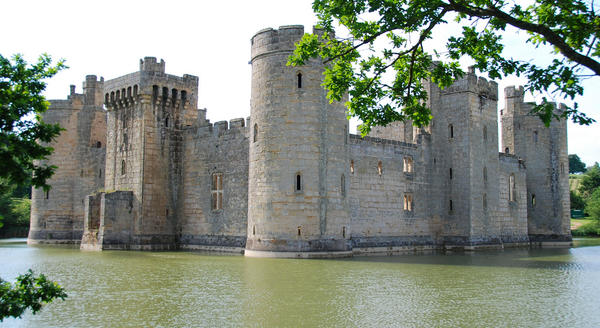 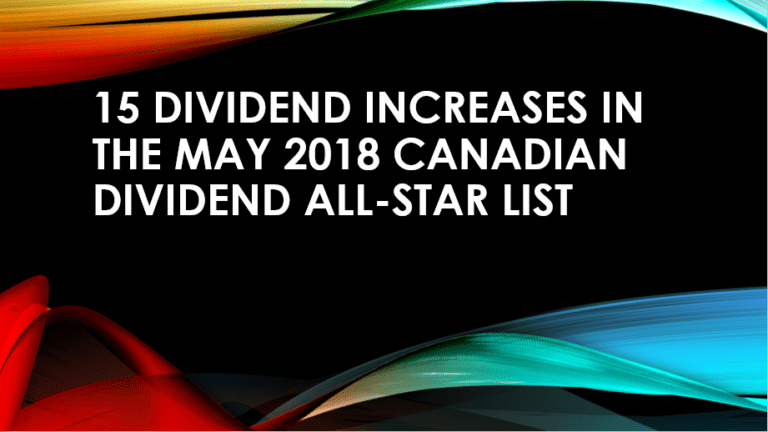 “Dividends may not be the only path for an individual investor’s success, but if there’s a better one, I have yet to find it” Josh Peters – The Ultimate Dividend Playbook: Income, Insight and Independence for Today’s Investor Each month I update readers of all the dividend increases in the Canadian Dividend All-Star List along… 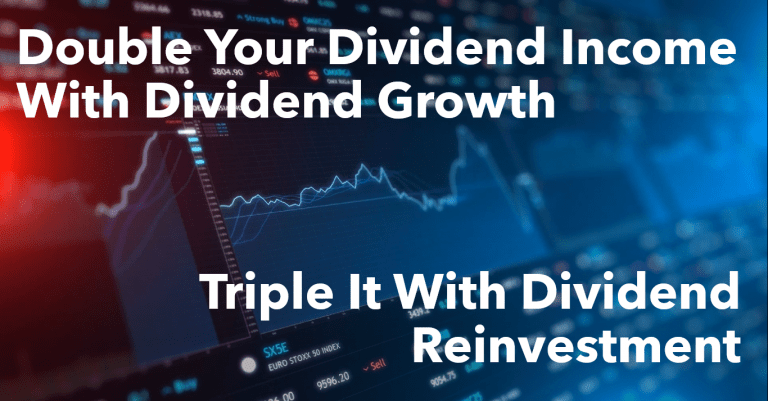 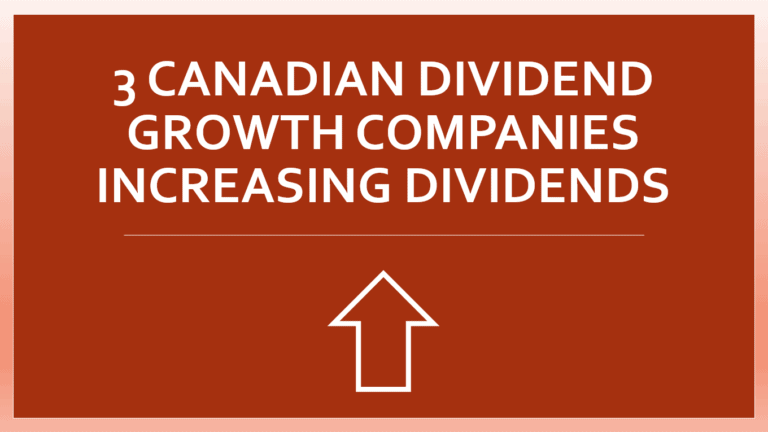 I missed February and March, but normally each month I update readers of all the dividend increases in the Canadian Dividend All-Star List (Canadian companies that have increased their dividend for 5 or more years in a row.) along with a summary of these companies. Tracking recent dividend increases can be a good way to generate new… 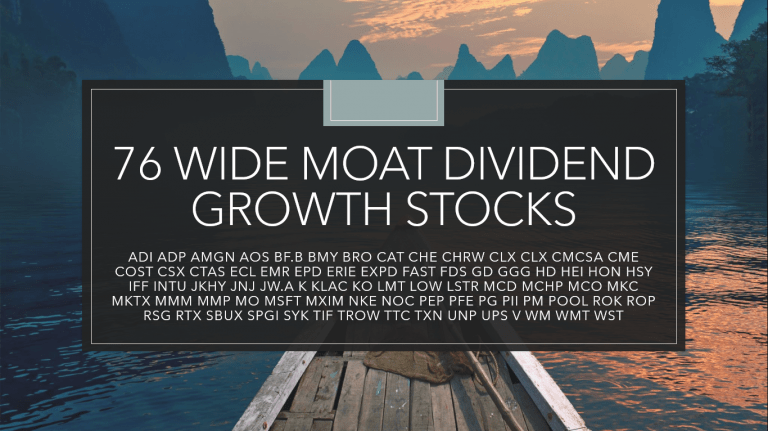